Jodrell Bank gains Unesco World Heritage status
It has been at the forefront of astronomical research since its inception in 1945 and tracked US and Russian craft during the space race. It joins the ancient Iraqi city of Babylon and other locations that have been added to the prestigious list…more

Spektr-RG:
Powerful X-ray telescope launches to map cosmos
One of the most significant Russian space science missions in the post-Soviet era has launched from Baikonur.

Solving the sun’s super-heating mystery with Parker Solar Probe
It’s one of the greatest and longest-running mysteries surrounding, quite literally, our sun — why is its outer atmosphere hotter than its fiery surface?
University of Michigan researchers believe they have the answer, and hope to prove it with help from NASA’s Parker Solar Probe…more

Chandrayaan-2: India launches second Moon mission
India has successfully launched its second lunar mission a week after it halted the scheduled blast-off due to a technical snag. Chandrayaan-2 was launched at 14:43 local time (09:13 GMT) from the Sriharikota space station. India’s space chief said his agency had “bounced back with flying colours” after the aborted first attempt…more

Nasa Moon lander vision takes shape
Nasa has outlined more details of its plans for a landing craft that will take humans to the lunar surface. The plans call for an initial version of the lander to be built for landing on the Moon by 2024; it would then be followed by an enhanced version…more

Milky Way galaxy is warped and twisted, not flat
Our galaxy, the Milky Way, is “warped and twisted” and not flat as previously thought, new research shows. Analysis of the brightest stars in the galaxy shows that they do not lie on a flat plane as shown in academic texts and popular science books…more 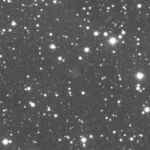 An amateur astronomer has discovered a nearby galaxy
I am a big supporter of amateur astronomy for a lot of reasons. First, it gets people outside and looking up, which is just a good thing to do. It also fosters an appreciation for the sky and the beauty in it. I consider myself an amateur astronomer, too…more

This entry was posted in Mid Summer 2019, Sidereal Times and tagged kaplan. Bookmark the permalink.