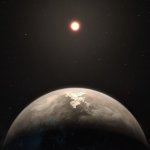 A Nearby Earth-Size Planet May Have Conditions for Life
There’s a new place to look for life in the universe. Astronomers announced on Wednesday the discovery of an Earth-size planet around a small red star in our corner of the galaxy. The planet could hold liquid water and conditions favorable for life…more

‘Zombie’ star survived going supernova
It’s the astronomical equivalent of a horror film adversary: a star that just wouldn’t stay dead.
When most stars go supernova, they die in a single blast, but astronomers have found a star that survived not one, but five separate explosions…more

Signs of Modern Astronomy Seen in Ancient Babylon
For people living in the ancient city of Babylon, Marduk was their patron god, and thus it is not a surprise that Babylonian astronomers took an interest in tracking the comings and goings of the planet Jupiter, which they regarded as a celestial manifestation of Marduk…more

The brightest parts of the UK are getting brighter – BBC

Light pollution: Night being lost in many countries
A study of pictures of Earth by night has revealed that artificial light is growing brighter and more extensive every year. Between 2012 and 2016, the planet’s artificially lit outdoor area grew by more than 2% per year…more

‘Routine’ detection of space ripples
Gravitational waves have been picked up from another black hole merger. It is the fifth time such an event has been validated, and the sixth occasion overall that ripples in space-time have been detected from far-off phenomena. The LIGO-VIRGO collaboration, whose laser labs sense the waves, issued the news via a simple press release…more

This entry was posted in December 2017, Sidereal Times and tagged kaplan, snippets. Bookmark the permalink.