Really? I went to UACNJ, at Jenny Jump, the other day for a pasta dinner, and let me tell you fellow Astronomers, it was simply scrumptious! Janet and I had taken to the road much earlier, than expected, in an effort to maybe get some solar observations in, by 2 PM. No such luck, though. As we drove up Rt 31, the clouds appeared to open up in “Simpson’s Style” showing the beautiful underbelly of blue skies above. Then, a barometric drop fell into place, probably corresponding with some outer world cosmic effect, dropping in the clouds, by the butt load.

After arriving at Jenny Jump, and with much patience, and reading my current favorite “No State Shall Abridge” by Michael Kent Curtis (Duke University Press 1986), the clouds were put into abeyance by said cosmic beings. UACNJ Membership Chairman (NWJAA member) Chris Callie, stepped up to the plate, grabbed a mount and the Lunt, with its h-alpha filter. He gave me some instruction, and with only a few minutes of cloud gap to spare, I was starry eyed at seeing my first solar prominence. Hurray! The day was saved!

Hours earlier, while sitting, reading and chatting, I speculated on the possibility of a laser inducing a mass drive. Our plasma mass sitting well forward of our space craft, gets bombarded by laser light, increasing its mass and gravitational attraction for our Mars bound vessel. And forward we go into the direction of new habitation. And then the topic of terra-forming bubbled to the surface. And I dissented, like so many abolitionists of 1866 vintage.

Having finally gotten around to reading about CRISPR, for the second time, and no longer grasping at so many proverbial straws, I said “just change the genome”. I mean, why not? Why go to all the effort to make another worlds environment suitable for humans, … so anthropomorphic…, when you can cut and paste a new DNA segment to support vital and basic metabolism for life functions?

Alas, no longer do the time honored verses of “Love is Like Oxygen” from ELO, or the music group, Sweet…

Love is Like Oxygen
You get too much, you get too high,
Not enough and you’re gonna die.
Love gets you high

The new love is to backtrack to our to evolutionary past. There are chemical reactions that provide life sustaining energy sources, other than our Krebs Cycle (aka citric acid cycle, aka tricarboxylic acid cycle, yada yada yada). And it could not be too far a future quest to identify protein complexes that will trap, and coordinate simpler chemical reactions to provide life sustaining energy. Producing the DNA sequence to gang-chain the necessary amino acids to produce said proteins, is becoming, in short measure, kitchen bio-chemistry.

So all that is really required, is to get past the smaller stumbling blocks of CRISPR. One of which is when the DNA repairs itself, incorrectly, before it gets its chance to incorporate the new DNA strip. Which results in genetic mosaics, and is not desirable.

Unfortunately, for moi, I was quickly counter-sniped into it being recommended that I am the first to go thru such a transformation. Fortunately, a calmer mind prevailed, leading us to this article, and the recommendation that we go forward with altering the genome of the nematode (C. elegans). The nematode is one of my most trusted allies in the garden. A close second, comes to mind, in the form of a mosquito. The little biting sucker happens to be, unfortunately, my animal kindred spirit (damn you mother nature). So given a choice between the little biting bastard of the summer, or my friend, the insert larvae hunting search and destroy nemesis, I choose Mr. nematode to become the first inhabitant of Mars.

So gear up your CRISPER/Cas9, because we have a low cost way of inhabiting Elysium. 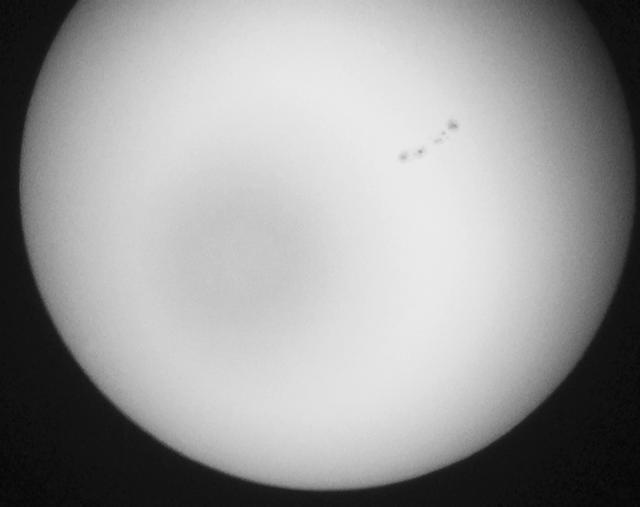 This entry was posted in April 2017, Sidereal Times and tagged elysium, frimet. Bookmark the permalink.