Measuring and Modeling Variability in Quasars and Blazars 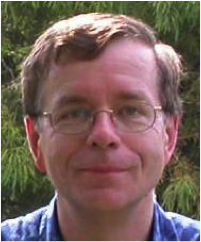 The first talk of the 2015-2016 season marks our return to Peyton Hall. The meeting will be held on September 8 at 7:30 PM. The talk is entitled “Measuring and Modeling Variability in Quasars and Blazars” by Dr. Paul J. Witta of the Department of Physics of The College of New Jersey.

Prior to the meeting there will be a meet the speaker dinner held at Winberies, Palmer Square in Princeton at 6PM. If you wish to attend please email program@princetonastronomy.org no later than noon on September 8.

Dr. Witta’s talk will be about active galactic nuclei, including quasars, which are extraordinarily powerful, emitting up to thousands of times as much energy as all the stars in their host galaxies. A minority of them also eject relativistic jets of plasma that form giant radio lobes. All active galactic nuclei are characterized by variability and blazars exhibit the strongest fluctuations. This enhanced variability is due to Doppler boosting of the flux emitted by relativistic jets that point close to our line of sight. We have been measuring variability of quasars and blazars in the optical band from various ground-based telescopes for the past 20 years and have more recently employed the Kepler satellite as well as various X-ray telescopes to gather dense, uniformly spaced data. After setting the context, he will present some of these results, as well as our numerical simulations of variations of radio flux from the turbulent regions behind shocks in the jets.

Dr. Wiita received his PhD in Physics from Princeton in 1976 for producing the first numerical models of radio galaxies. He did post-docs at the Universities of Chicago and Cambridge. He was on the faculty at UPenn and Georgia State University and has been Chair of the Physics Department at TCNJ since 2010. He has been a visiting professor at the Tata Institute for Fundamental Research, the Indian Institute of Astrophysics and Princeton. His research has mostly been in extragalactic astronomy, with a focus on radio loud active galaxies.

The October meeting features a talk by Scott Nammacher about building a private remotely controlled observatory in upstate New York for astrophotography and imaging. More details will appear in Sidereal Times as it gets closer to the October meeting.