Symphony of the Stars

Asteroseismology is the use of sounds produced by the Sun and other stars to expand our knowledge of the physical traits and characteristics of stars and better understand our Sun. From the stellar sound we can learn about “the effective temperature, density, mass, age, and metallicity of stars.” Stars are three-dimensional, so their natural oscillation modes have nodes in three orthogonal directions. Those nodes are “concentric radial shells, lines of latitude, and lines of longitude in a spherical coordinate system.” 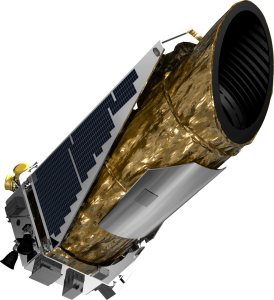 From data collected by Kepler, K2, and in the future, TESS, we can translate the subtle pulsation of stars mathematically into a view of the number of modes and the displacement of each. After this is done, it is easy to determine the location of nodes on and within a star. Once this is determined, for modes that are not directed at the center of the star (nonradial modes) the lower part of the wave is in a higher temperature environment than the upper part of the wave. This means that it is in a region of higher sound speed. As a result the wave is refracted back to the surface, where it is reflected, because acoustic energy is trapped in the star. The location of this refraction can be predicted mathematically as a function of temperature. This means that we can probe the interior of our Sun and all stars where we perceive these modes. 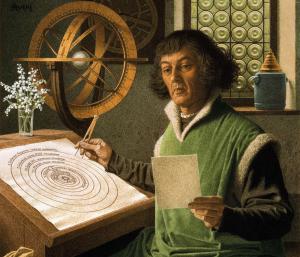 None of this data could be collected without the development of Copernican Heliocentric theory. This theory was published by Nicholas Copernicus, a Polish mathematician and astronomer, in 1543. His theory was important to Asteroseismology in multiple ways, but the largest was that it gave way to centuries of great minds seeking to correct errors he had made with his original theory. One of the most famous examples of someone who changed his theory was Kepler, who found the oscillation of the Suns and planets. Measuring the oscillations of the Sun is the basis from which the study of Helioseismology, a study closely linked to Asteroseismology, comes. Although it may seem obvious today, Copernican Heliocentricity put the Sun much closer to the Earth than any other star, making it ideal for studying the characteristics of stars. The understanding of the Sun being much closer to Earth than any other star is the basis understanding the Solar-Stellar Connection. The Solar-Stellar Connection explains the connection between the immensely more detailed collection of data we can collect about the Sun over any other star and how we can compare the data from the Sun to other stars to better place the information of our Sun into the proper context.

To collect the data needed to piece together the Solar-Stellar Connection, we have launched missions into space. The current data has come from the Kepler and K2 missions. Kepler was launched in March 2009 to “determine the percentage of terrestrial and larger planets that are in or near the habitable zone of a wide variety of stars and to discover the variety of orbit size and planet reflectivities, sizes, masses, and densities of short-period giant planets.” It was also sent to determine the properties of the stars that harbor planetary systems. By using data primarily for exoplanet transit detection, asteroseismologists were able to “infer the influence of stellar pulsations from companion stars.”

Our data is limited to stars with solar-like oscillators, stars with convective zones, such as cool main-sequence stars, subgiants, and red giants (this does not include stars with surface radiative zones, as they behave very differently). If we know the mass and radius, we can easily find the star’s density, which can tell us about the star’s composition. These patterns help us situate stars on an HR diagram more accurately, and thus infer much about the age and metallicity of the star. It is important to note that the field of asteroseismology is in “its relative infancy.” Therefore, it will develop and evolve over time. The data that will be collected from TESS promises many more discoveries that will help develop our understanding of the Solar-Stellar Connection.

This entry was posted in November 2020, Sidereal Times and tagged Asteroseismology, harvard, Sherman. Bookmark the permalink.