Bill Murray’s excellent review of Charles Messier’s life and work at a meeting last spring inspired me to take some of our time in Paris to visit the site where his famous catalog was compiled. The building itself dates from 1480, when it was constructed alongside the ruins of Roman baths to house abbots of the Clugny Order. In the 18th century it was rented by the Royal Navy, and the Observatoire de Marine was added atop the tower in 1748. The observatory consisted of a wooden pyramid with opening glass windows through which Messier hunted for comets. It was removed not too many years after his death in 1817. 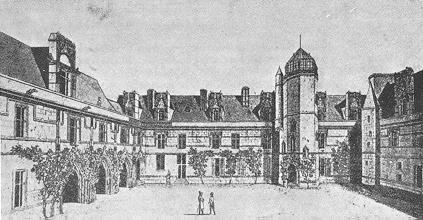 Today the edifice is known either as the Hotel de Cluny or the Musée National du Moyen Age, and it can be found just about four blocks south of Ile de la Cite, the island in the Seine on which the Cathedral of Notre Dame is located. It was closed on the day we were able to swing by, but we were content to capture a few photos from outside. Several Trip Advisor posts had reported that the building’s astronomical history and significance is completely unknown to its current staff, which is rather shameful. 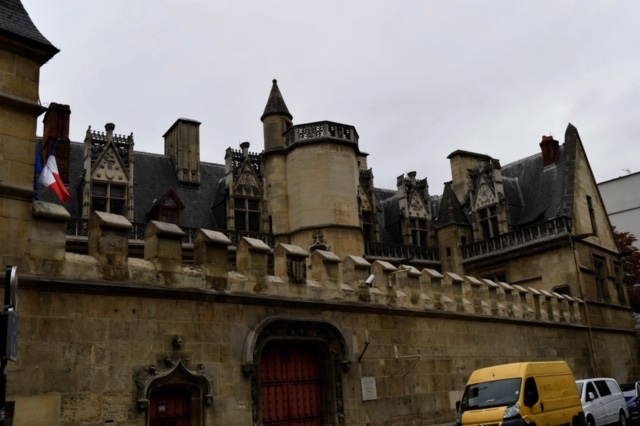 The minimalist design and obscure location of Messier’s grave further testifies to his lack of stature in greater French society today. It is located in the Père Lachaise Cemetery more to the east in Paris, squeezed among other tombs, up in back of the rather grand memorial to Frédéric Chopin. His name does not appear on the index at all.

This entry was posted in November 2018, Sidereal Times and tagged allen, messier. Bookmark the permalink.