From Backyard to Mountaintop: The Adventures of History’s Best Worst Telescope 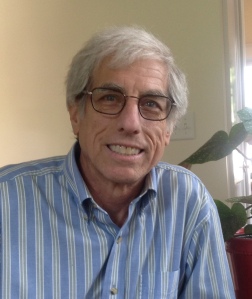 Our first meeting of the new year will be on Tuesday, January 13, 2015 at 7:30 p.m. in a new location:  Bowen Hall (see Princeton campus maps for building and parking locations).  Alan Hirshfeld, Professor of Physics at the University of Massachusetts Dartmouth and an Associate of the Harvard College Observatory will present a talk entitled “From Backyard to Mountaintop: The Adventures of History’s Best Worst Telescope”.

The 36-inch reflector of English amateur astronomer Andrew Common made its way from a London backyard to a Yorkshire estate and ultimately to a mountaintop observatory in California. This little-known telescope, built in 1879 and still operating today, revolutionized celestial photography and proved to 19th-century astronomers that the future of cosmic discovery lay in the camera, not the human eye.

Alan Hirshfeld, Professor of Physics at the University of Massachusetts Dartmouth and an Associate of the Harvard College Observatory, is the author of Parallax: The Race to Measure the Cosmos, The Electric Life of Michael Faraday, and Eureka Man: The Life and Legacy of Archimedes. He is a regular book reviewer for the Wall Street Journal and has contributed to Sky & Telescope, the American Journal of Physics, BBC History Magazine, and American Scientist. He has made radio and television appearances on NPR, PBS, and C-SPAN and lectures nationwide about science history and discovery.