From the Program Chair

The October meeting of the AAAP will be held on the 8th at 7:30 PM in the auditorium of Peyton Hall on the Princeton University campus. The talk is When Ireland Was the Center of the Universe by long time club member John Church. 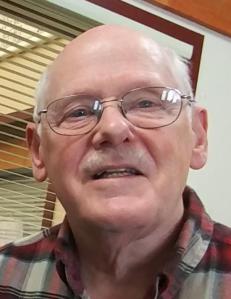 In the late 1840’s, William Parsons, the 3rd Earl of Rosse, constructed and mounted a 72-inch aperture Newtonian reflecting telescope in central Ireland. Remarkably, this was to remain the largest telescope in the world until the 100-inch Hooker telescope was placed in service in 1917 on Mt. Wilson in California.

Parsons was the first to see and depict the spiral structure of an exterior galaxy, M51 or the Whirlpool Galaxy, in the constellation of Canes Venatici near the tail of Ursa Major. He used his telescope to examine many other galaxies and objects as well. His drawing of M1, the supernova remnant in Taurus, led to its being named the Crab nebula.

In the mid 1800’s, telescope mirrors were made of speculum metal, an alloy of 3 parts of copper and 1 part of tin. Parsons needed several tries to finally get satisfactory blanks. He designed and made his own large steam-powered machine to grind and polish the nearly 3-ton mirrors. He made two of them so that when one was being re-polished, the telescope could still be used.

Mounting such a mirror in a movable tube was a major engineering project. An equatorial mounting was out of the question, so Parsons designed and constructed a huge alt-azimuth mounting between two 40-foot high masonry walls. This allowed the 12-ton telescope assembly to swing a few degrees out of the meridian each way and observe a large arc of sky. Slow-motion controls were provided for both altitude and azimuth.

Access to the eyepiece can be a major issue even with small Newtonians. Parsons solved this problem with an elaborate array of movable galleries mounted on the western masonry wall Several assistants were needed at every observing session to raise and lower the assembly and move the galleries.

Our speaker, John Church, visited the Rosse estate in 2004 after he and his wife had attended a family wedding on the west coast of Ireland. The castle, which is the home of the present Earl, dates from about 1620. The estate also contains a fine arboretum and other attractions including the I-LOFAR (Irish Low Frequency Array) radio telescope installed in 2017, the westernmost of 50 such stations.

Two changes are being made for the 10 minute talks this season. First, the talk will be given after the intermission. Second, we are instituting a 10 minute limit. Since we want to keep the talks to 10 minutes, the speaker will be given a 90 second warning to wrap up the talk. If you’re interested in giving a 10 minute talk for our October meeting please contact Larry at assist.director@princetonastronomhy.org. Or if you’re thinking about giving a talk later in the year please contact either Rex or me.

There will not be a meet the speaker dinner prior to the meeting.

Finally I will not be able to join you at the meeting but think the talk will be interesting! See you in November.

This entry was posted in October 2019, Sidereal Times and tagged polans, program. Bookmark the permalink.