A Candle in the Dark

An Editorial, by Michael Wright, Co-Editor 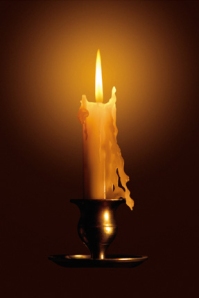 November 5, 1962: A few weeks before, the Cuban missile crisis had been resolved and the Soviets were removing their missiles from the island nation. Wally Schirra had just completed the fifth Mercury flight, but the US still lagged behind in the race to the moon. More US military advisors were going to Vietnam as the conflict there was escalating. Televisions were black-and-white and required turning a knob on the set to select among the handful of available channels. Johnny Carson had just begun his 30 year run as host of the Tonight Show. And a group of ten amateur astronomers met in the home of Robert Sanders to start the Amateur Astronomers Association of Princeton.

The world has changed dramatically in the last 50 years. Some changes the AAAP founders might have had an inkling about, such as the Civil Rights Act of 1964 and the Vietnam war. As space enthusiasts they were probably optimistic that the US would land on the moon “before the decade is out.” But who would have predicted the Chinese cultural revolution, Woodstock, Watergate, the environmental movement, gas rationing, the hostage crisis, Three Mile Island and Chernobyl, the collapse of the USSR, the European Union, the Gulf War, Oklahoma City, September 11, Iraq and Afghanistan, Dolly the sheep, the war on drugs, global warming, a black President, and legal gay marriage. The Earth is a smaller place due to fiber optics and geosynchronous communications satellites that flash our communications around the globe. Inexpensive air travel allows more travelers than ever to visit foreign counties. China and India, both nuclear powers, have emerged as major players in the global economy. Europe and the US remain leaders of the industrialized nations, but they have been suffering through “the Great Recession” for the past three years.

In 1962 Americans were fascinated with science, technology, engineering and math (STEM). It was going to improve our lives and take us to the Moon. While we don’t have personal jet packs and flying cars yet, STEM has delivered many unanticipated marvels such as Hubble, the Internet, and GPS. The US adequately funded STEM research and education 50 years ago. Now our scientists compete for limited basic research funding, and our infrastructure is crumbling because we neglected to fund maintenance and improvements. American’s enthusiasm and understanding of STEM has waned to the point that most do not have an inkling about the science and engineering that runs their favorite gadgets. Compared to other industrialized nations, US students are lagging on standardized test of math and science. Pseudoscience and superstition are rampant as evidenced by the popularity of psychics, ghost hunters and the occult. As Carl Sagan described in Demon Haunted World, science is a candle in the dark. It is not just a body of knowledge, but the best method of discovering the truth and disposing of myths and superstitions. Science should inform our decisions and solutions to the challenges that confront us individually and as a society.

Since 1962 the AAAP has grown nine-fold in membership, built two observatories, hosted over 400 lectures and 20 star parties, and undertaken thousands of hours of outreach at local schools and at our observatory in Washington Crossing State Park. Currently, we are considering installing a fully automated telescope and mount for remote astrophotography under a new dome at our Jenny Jump observatory. Members have kept our candle lit and will continue to kindle interest in science by sharing our passion for astronomy and space exploration.

On the 100th anniversary of AAAP in 2062, our grandchildren will be running the club. The world will be a far different place than what we can imagine. Will climate change reshape our civilization as some predict? Will mankind make another giant leap off the Earth to Mars, the Moon or an asteroid? If future Sidereal Times editors reflect on the next 50 years, I hope they will say that our generation carried the torch, and the world is an even better place than today.

This entry was posted in December 2012, Sidereal Times and tagged co-editor, wright. Bookmark the permalink.